The hydrographic survey is intended to investigate water depths, coastline configuration, rock locations and heights, and submarine geology. The survey results are recorded in nautical charts and every waterway related publication, for the purpose of the use in the safety of navigation, port construction, and marine development.

Types of the Hydrographic Survey

This survey is intended for the safe navigation of vessels near ports and their surroundings.

This survey is intended for safe navigation in main sea lanes.

This survey is intended for safe navigation and gaining knowledge about the bottom topography, sea-bottom sediments, and more in offshore waters.

The survey for correction (general hydrographic survey) is designed to measure water depths, coastlines, and geological features after dredging, artificial fish-reef installation, and such, and change waterway related publications such as nautical charts accordingly.

Methods of the hydrographic survey

Changes in the hydrographic survey

The control point surveying has been used to measure water depths in random points of coastal waters in Korea with the use of lead since the late 1800s when it was initiated for the purpose of defense against Japanese continental attack.

This surveying is conducted by a research vessel which navigates along defined paths at regular intervals and continuously records water depth on recording paper by means of the echo sounder.

This survey is designed to measure the whole seabed thoroughly by means of a multi-beam that can cover 3-5 times more than the depth of the water. In other words, it is the latest measurement technology for the accurate exploration of submerged configuration and obstacles (wrecks, rock, etc.).

Between 1957 and 1978, positions at sea were determined by measuring two included angles among three targets with the use of a sextant.

This method is to continuously measure distances by radio ranges between master and remote stations so as to determine the position, with two remote stations situated on land and one master station located in the sea within the effective range of microwave. Also, the orthocenter of a vessel is determined by means of the range-range manner. 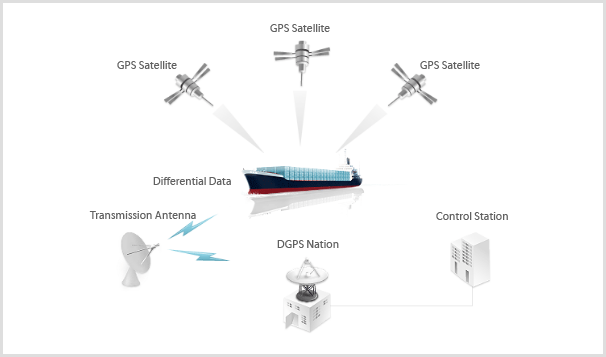